Kristin Hettermann is recognized for her underwater and adventure travel photography and awareness efforts surrounding important environmental and social causes. Based between Maui and Manhattan her work and travels have taken her on adventures around the world with a keen eye toward ocean conservation and remote cultures.

Markley Boyer began his career in the digital side of the fashion photography business.  He now works on conservation visualization projects. He recently created images of Manhattan island in 1609 as it appeared to the first European settlers. 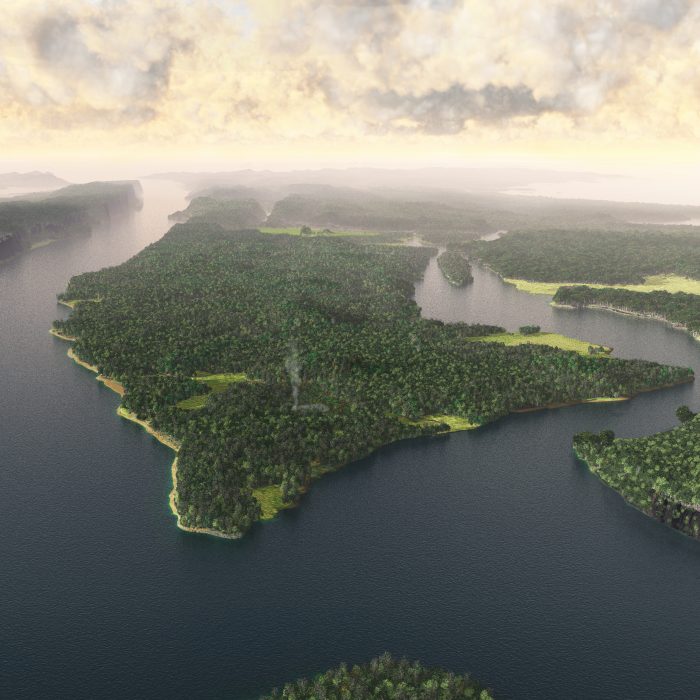 1) What ignited your mission to raise awareness through your art? Is there a particular moment or realization that inspired you to focus on the relationship between natural and built environments?

I have been a passionate photographer since high school. I often photographed the ocean from the beach while spending many quiet hours in nature and photographing along the coastlines of South Carolina in my 20’s. When I moved to Hawaii in 2008, the clear warm waters called to me. Gradually, as I became more connected to the sea and what lies beneath its surface photographing underwater became a natural sequence. In 2015, I met my fiancé, Sven Lindblad, who is also an enthusiastic global ocean conservationist and Founder of Lindblad Expeditions and an Ocean Elder. It has been a great blessing to be able to travel the world and access some of the most remote parts of the ocean with him. Through traveling and sharing my experiences, I realized that people were responding to my photography and that through my eye, people were seeing and feeling the ocean in a way that seemed inspiring to them. 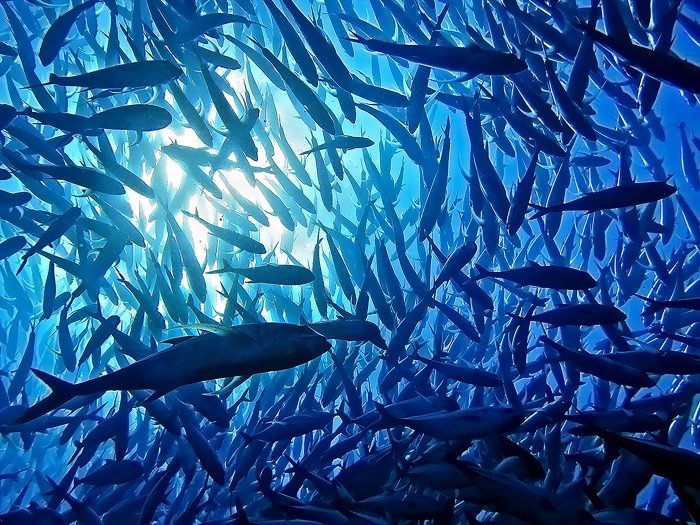 2) Is there anything specific about ocean/water subjects that speak to you as artists?

The ocean is like my favorite poncho -always close, always there to hold me, and wraps itself around my soul by adding warmth and love. I have always found balance by the sea, and as soon as I was making life decisions it was the ocean that always called me home. I am particularly enthralled by the space between. It is like the pause of a breath, the peace of a deep meditation. The ocean is the space between the two worlds. It is the intersection of above and below that seems to always grab my eye. 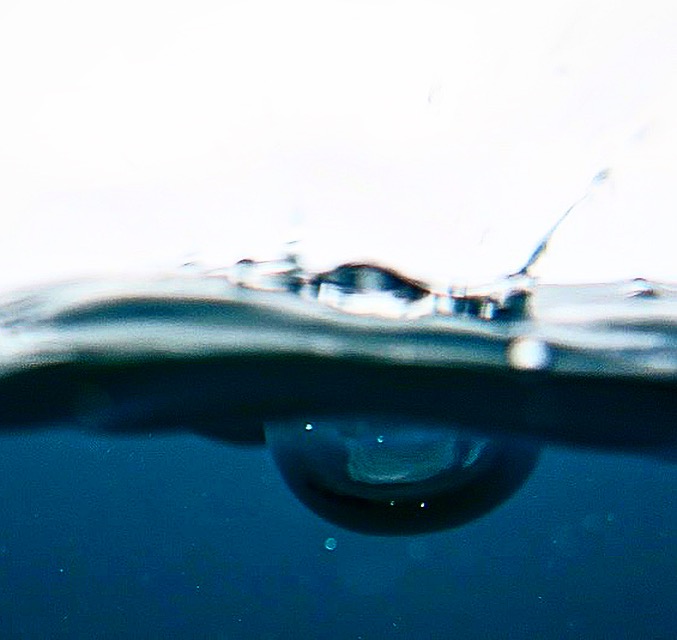 3) Can you tell us a little bit about The Eye of Protection? How did you come up with the concept and how did you bring it to life?

I have visited Cabo Pulmo National Marine Park in Baja California Sur Mexico a handful of times in the past few years. It is recognized as one of the top models of a marine protected area in the world, and to experience the story of this small fishing community is to experience the possibilities of what protection can do. I was there in November 2017, and was blown away by how big the schools of jacks and snappers had grown, even from a year prior. This demonstrates how fish stocks can exponentially increase once they surpass a certain threshold. While on this trip and right before the call for entries for the Oceanic Art Basel contest, I had become inspired by the idea of creating mandalas (traditional Hindu designs) from my ocean photographs and wanted to enter a mandala inspired piece in the contest. I needed a collaborator that was well versed in Photoshop and photographic design to bring my vision to life. I made a post on Facebook and a friend, who is an ocean philanthropist herself, recommended Markley. We began to communicate and he took my one dimensional mandala concept to another level bringing my photographs into a computer-generated 3D environment. It was genius! 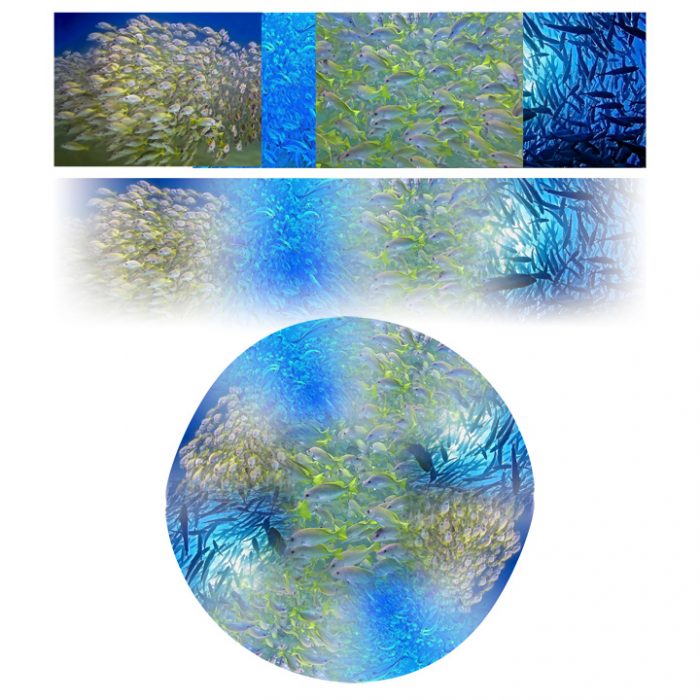 “Working with Kristin’s beautiful images of schools of fish in Cabo Pulmo, I first blended a few images together and softened the transitions between them to give a sense of the dreamy abundance. I then duplicated and warped the images into a circular shape so it was almost planet-like – a world of fish! That image was brought into 3D modeling software where I created a reflective water surface, disturbed by 3 overlapping ripples. The mathematical precision of the ripple fragments translated the reflected fish images into a mandala-like pattern and the ripples themselves are not visible, only the distortions in the images they reflect. But the human mind understands enough about water and ripples and reflections that those distortions suggest the water,” explained Markley Boyer on how he developed the mandala piece. 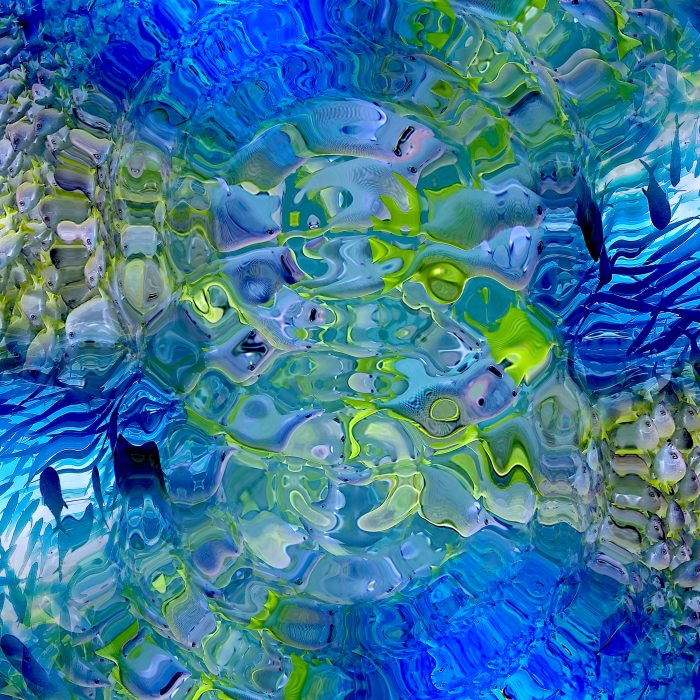 4) How has travelling influenced your work? Throughout your travels have you noticed any specific differences (ex. cultural) between how people engage with your art?

Our access provides opportunities to demonstrate that the ocean is facing the same threats everywhere, even in its most remote parts. Issues such as ocean acidification (global warming/climate change), overfishing, and plastic pollution are prevalent almost everywhere. The idea that it is one world, one ocean has influenced my mission and how I present my artwork.  By showing that the ocean is ever-connected, regardless of where I shoot the image, you often time receive the same feelings.

5) What reactions would you like people to have to your work and what message do you want them to take away?

I hope that my experience-based photographs will inspire emotions and a greater connectivity to the ocean. The more people see, the more they feel. The more they feel, the more inspired they are to share. I hope that it will encourage people to not just feel the ocean in spaces, but also talk about the stories and challenges that are connected to it. 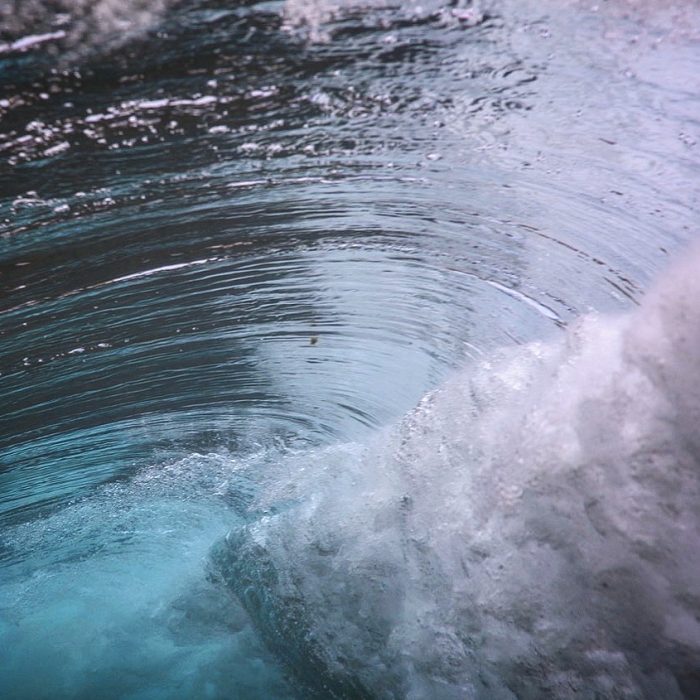 Enter text for this Artivist - leave blank for default